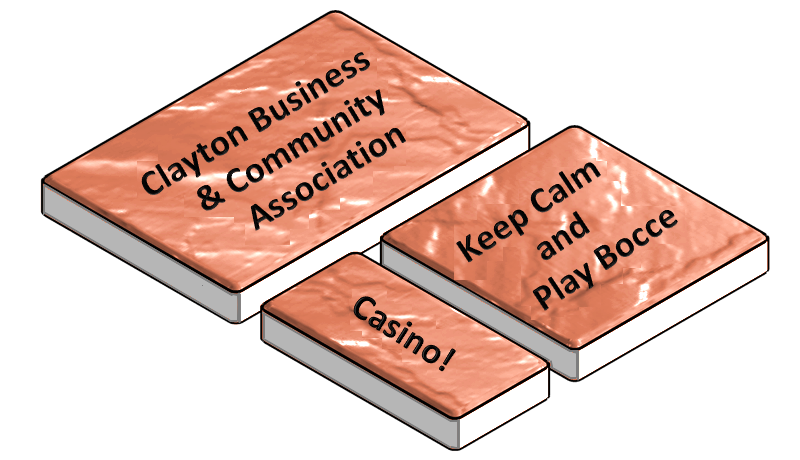 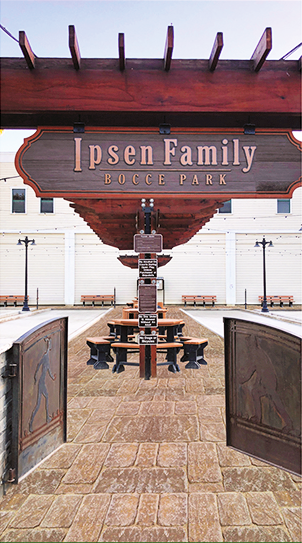 The CBCA Bocce Committee is pleased to announce a major upgrade to the Ipsen Family Bocce Park. We will be installing 5,000 sq. ft. of pavers around the courts.

Anyone who has seen driveways and patios with pavers knows that they greatly increase the aesthetic appeal of the area. Plus they will help to reduce pebbles and debris from gtetting on the courts.

This project is partially funded through the sale of engraved pavers. Three sizes of personalized pavers are available for $200, $400 and $600. 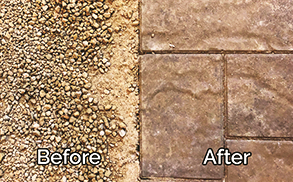 No one who plays in this league goes home without carrying bocce dust on their clothes, in their cars, and on the carpet. We can’t help this for the courts but the majority of dust comes from the material surrounding the courts. Since we replaced the material around the courts last year everyone has been impacted by pebbles carried onto the courts ruining what would have been the greatest bocce shot of all time. Also last year we did a major cleaning of the court furniture and within a day of putting it all back in place they were covered in dust and looked like they had never been cleaned.

But another reason why pavers make sense is that they will GREATLY improve the look of the courts. We know we already have the nicest setting for courts in Contra Costa County. Pavers will take us to a whole new level. Pavers will be easier to clean, improve drainage, and allow us to recover the grounds more quickly after it rains (you’re welcome, Fall League). 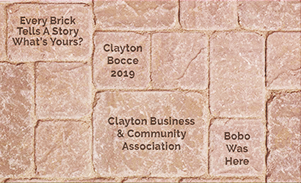 Best of all we will not raise league team fees in order to pay for this project. in late 2018 the CBCA agreed to commit a maximum of $65,000 toward this project IF and only when the Bocce Committee first secured commitments to raise at least 35% ($35,000 based on a project cost of $100,000).

In order to do this we proposed to sell engraved pavers in three sizes. If you have ever purchased an engraved brick at Disneyland, AT&T Park, the Clayton Library or Clayton Historical Society then you know what we mean.

In early 2019 we surpassed our $35,000 goal with nearly $50,000 in orders, and the project was a go. Our first paver order for 252 engraved pavers has been delivered, and we have an installation contract in place. We will be placing a second order on June 10, to be delivered in time for the initial installation in July.

Click below to sign up for a personalized paver. To be included in the intial paver installation, please signup, design and pay for your paver by June 9, 2019.

Note: If you include an optional graphic in your paver design, there will be an additional $10 setup charge.

We all know that bocce is a social anchor in Clayton and is something that has made downtown Clayton a destination. We all love coming in off Oak Street at night to see dozens of people gathering under the lights, putting aside the stress of the day, to enjoy a couple of hours of social and competitive fun. We have players less than 10 years old and older than 90. We provide a social and (yes its true) athletic outlet for hundreds of couples who would otherwise be sitting home watching television. We are a destination for social gatherings, birthday parties, wedding parties, anniversary parties, graduation parties, corporate team building events, and high quality tournaments.