The Road Back to Playing

We asked our 70 teams, whose $400 team fees had long been collected, to roll over their fees until 2021, with everyone keeping their slots. We were gratified that 96% of the teams agreed to do this.

As a tumultuous 2020 slowly gave way to an uncertain 2021, we hoped that CBCA could at least bring back even limited bocce (and even if we all had to wear masks and be 6-ft apart). Toward that end of reading the tea leaves, and with public health guidance providing some path for outdoor activities, the committee began in earnest to plan for what we hoped would be a full tilt of league play. We advised the Spring League teams that we would be making plans to play. We gave an option to any team that felt it was not ready to resume to 'opt out' of this season (and retaining the spot for 2022).

We planned to begin the season limiting match attendance to rostered players only, everyone wearing masks, and keeping your distance. We needed to demonstrate that bocce could be played consistent with public health guidelines. The biggest proposed change involved one person, per team, per end. This was to accommodate the then current public health guidance that the balls needed to be cleaned before another player touched them. We ran this proposal up the flagpole with several teams and the reaction was unanimous: the one player per team per end rule is stupid, but if that is the only way we can play, we will play.

Then, the week before the season was scheduled to start, we caught a break. The CDC changed its guidance to make mask wearing optional for fully vaccinated players. The governor announced immediately that California would follow suit. By this time the one player per end rule was eclipsed when the state removed the shared equipment cleaning requirement. After a vigorous debate, the committee voted that we were not going to be the vaccination and mask police – checking everyone’s cards before they could play. We decided we were going to trust our players because they knew the stakes for everyone if bocce became a super-spreader venue.

The 70-team Spring League opened on May 2, about six weeks behind our usual schedule. We compressed the schedule by playing some Sunday and Monday matches on Saturdays. These made up for Sunday and Monday holidays. This was done in hopes of being able to get in a full 70-team Summer League and an on-schedule 40-team Fall League.

It was a real shot in the arm for the community to see bocce being played again. People downtown again five nights a week and twice on Sunday. Friends and neighbors getting back together again. It was a festive atmosphere each night as people realized how much they missed bocce. Court rentals and open free play soon returned, and we were later able to hold our 5th Skip Ipsen Memorial Bocce Tournament on October 8.

The season comprised 70 teams divided into 7 groups of 10 teams each.

There were no inter-group matches this season.

Electronic scoring made its Spring League debut in the 2021 season.

There is nothing like playoff bocce. Thirty-two teams, single elimination. Upsets galore. Round 1 saw seven upsets (lower seed beating higher seed) including the 29th seed beating the 4th seed (in consideration of those whose loss still stings, we won’t repeat names here). At the end of the tournament though, the semifinals featured three former champions (Xvengers, Chewbocce, Breaking Bocce) and one new entrant (Will Bocce For Fireball) squaring off on a beautiful Saturday, July 31. In the end, Chewbocce could not stop the Xvengers, who capped off a 25-2 regular season by running the table in the playoffs. Will Bocce For Fireball finished 3rd and earned their first league medal.

In a soon to be forgotten historical footnote: we typically order the medals in January each year, and we had already ordered and received the 2020 medals well before we cancelled the 2020 seasons. So, all medal teams in 2021 received 2020 medals.

Congratulations to the 2021 Spring League winners 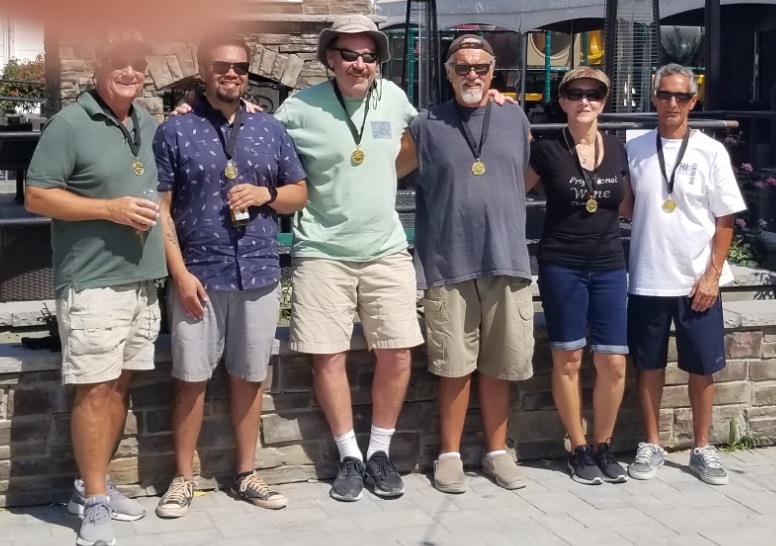 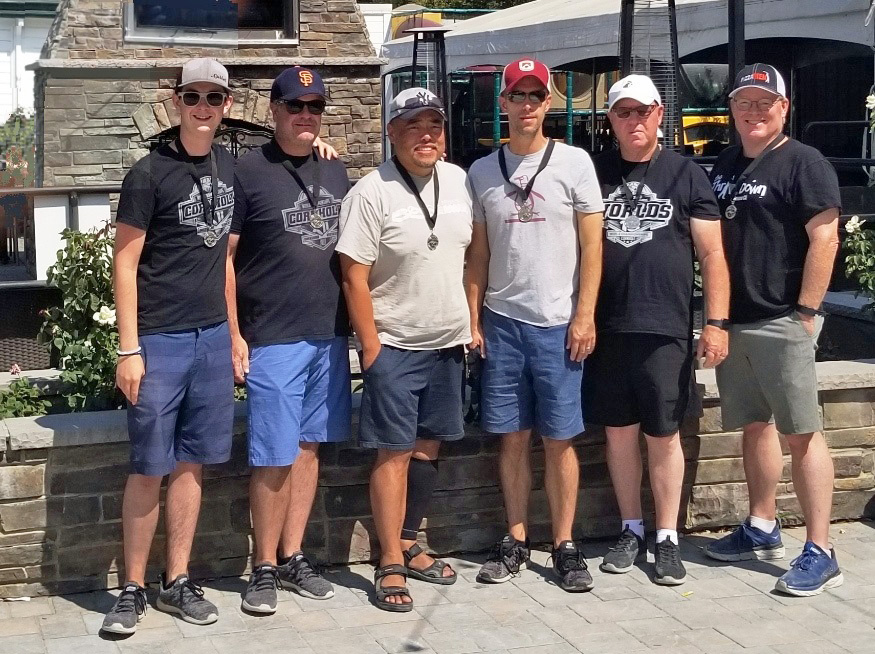 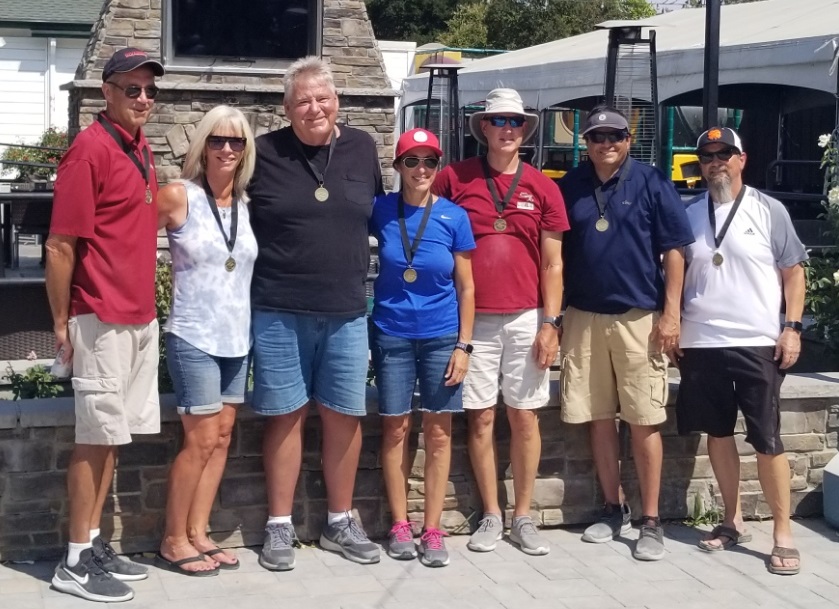